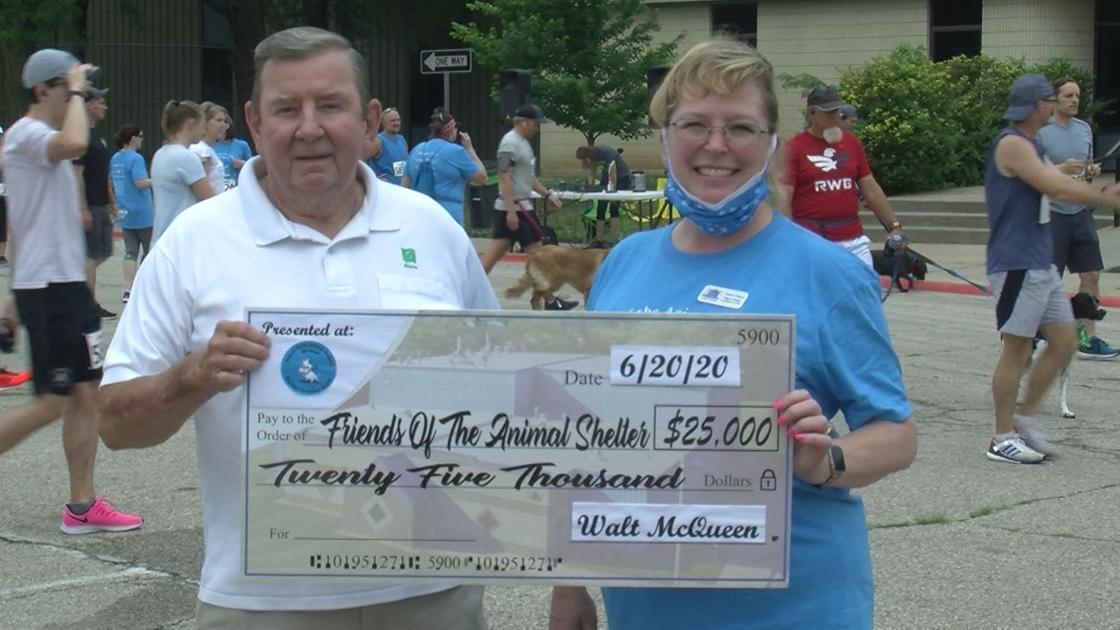 The Friends of the Animal Shelter of St. Joseph received a large donation toward their new animal shelter building at their 6th annual Run/Walk for the Paws 5K Saturday morning.

Walt McQueen donated $25,000 to the animal shelter in honor of his late wife, Betty McQueen. The two worked with animals at the late Lake Contrary Stables for around 27 years, and Walt said Betty always wanted to donate towards the animal shelter.

The donation will go towards building their new shelter. Over the years, the animal shelter has raised around 1.1 million dollars towards their new facility.

“She always wanted to give money to the animal shelter, and so while you’re looking at a new building, I thought this would be a good time for us to make a contribution in her name,” McQueen said. “We just want to try and do something to help out.”

The shelter will be placing a bench with the McQueen’s names engraved in honor of the donation.

The Run/Walk for the Paws 5K had around 300 participants Saturday morning raising money towards the shelter.

The original goal for the fundraiser was to raise at least $10,000 towards the shelter. Due to the coronavirus, organizers had to postpone the 5K two months and adjust the monetary goal for the event due to less participation.

President of the Friends of the Animal Shelter Whitney Zoghby said despite the rescheduling and potential weather issues, the 5K went well.

“It’s really just a great opportunity to bring people together and get some exercise with their furry friends,” Zoghby said. “This is the only dog-encouraged race in St. Joe, so it’s really special because people want to bring their animals to it and they try to as much as possible.”